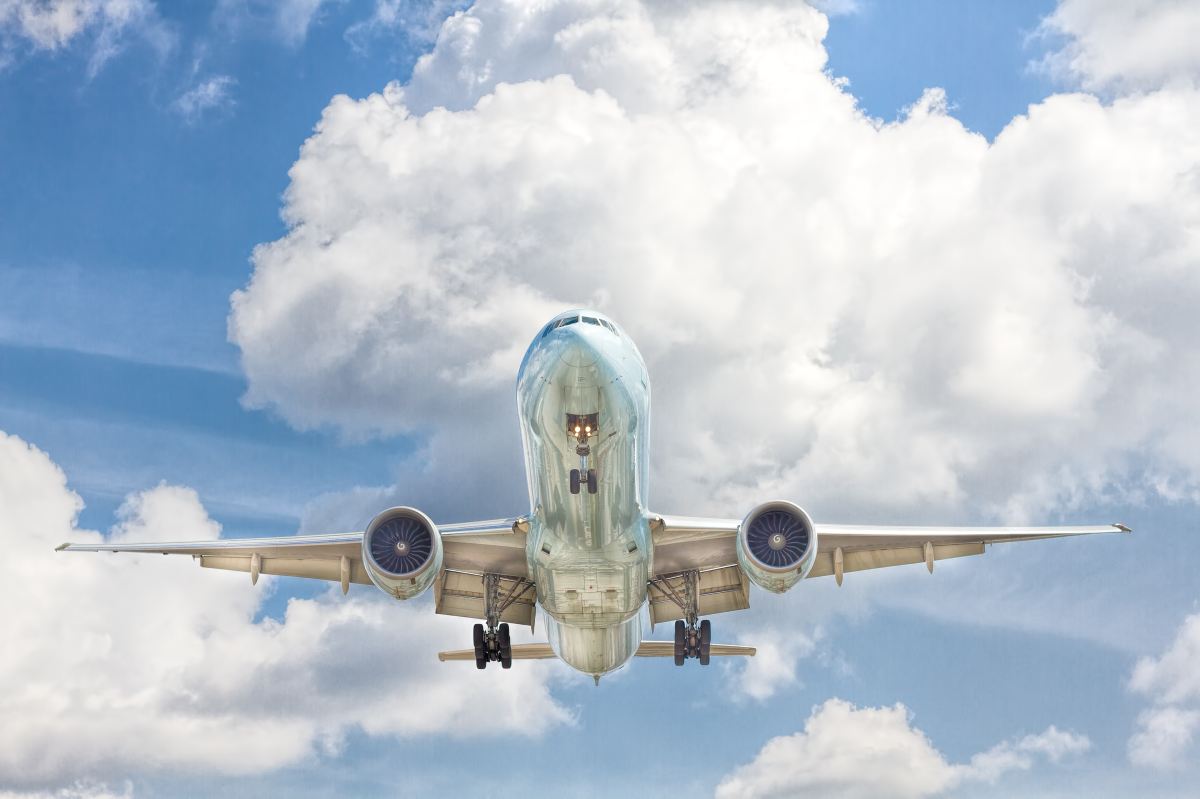 Interested in aviation? Books and articles are great ways to learn more, but one of the best ways is to visit a museum to get some hands-on experience! Not only are museums more engaging, but they also provide you with invaluable experiential learning through seeing and doing. Museums exist to feed our curiosity and educate ourselves and future generations, and perhaps this list of some of the best aviation and aerospace museums in the country will inspire you to take flight.

The National Air and Space Museum boasts 60,000 artifacts in its collection, including the 1903 Wright Flyer, the first successful aircraft. As one of the largest and most visited museums, it has reason to make it onto our list as one of the best. Visitors can sate their curiosity by viewing everything from pilot uniforms and spacesuits to engines and equipment. The satellite Udvar-Hazy Center is home to the Discovery shuttle and the Enola Gay bomber.

If your love of aviation takes you to outer space, then the Kennedy Space Center is the perfect place for you. The center has a multitude of offerings, from numerous artifacts to astronaut training simulators. Visitors can learn more about NASA’s past and present work here. One of the most exciting things to experience at the Kennedy Space Center? If you’re lucky, you may get the chance to witness rocket and shuttle launches.

National Museum of the US Air Force – Dayton, OH

As the name would suggest, this museum’s focus is on military aviation. The National Museum of the US Air Force is the world’s largest and oldest aviation museum, and what’s more, it’s completely free to visitors! Among the things on display are a Missile Gallery and a Space Gallery. Exhibits here feature World War II, the Korean War, the Southeast Asia War, and the Cold War.

The Museum of Flight is dedicated to teaching visitors about the importance of flight. With tens of thousands of artifacts, an interactive cockpit exhibit, and a 3D movie theater (and so much more), there is a little bit of everything pertaining to air and space under the roof of this museum.

Air Zoo is part museum and part indoor amusement park, providing a unique experience, especially for families with children. The historic air and space crafts and artifacts bring you up close and personal to these flying machines. If you’re looking for a thrill, book a bi-plane ride between July through September.

In a recent report from the U.S. Environmental Protection Agency (EPA), it was stated that aircraft have been responsible for about 8% of the entire greenhouse gas emission of the country’s transportation sector. This alarming development, coupled by a global demand for a greener aviation, is a huge reason why some manufacturers are beginning to consider building electric planes, says aviation professional Scott Beale.

A conventional jet airplane has an engine that draws in air through the front, a compressor for squeezing it, and fuel that’s sprayed in and lit, allowing for the burning of gases and the plane’s thrust. An electric plane, on the other hand, relies on batteries that provide power to an electric motor which spins the propeller.

However, while electric planes are definitely more efficient, they tend to be slower as the battery-reliant (often lithium-ion) process allows for far less thrust. In any case, there should be huge improvements in aviation technology in the coming decade, from reductions in operating costs and fossil fuel burning to emissions. In fact, NASA already has a prototype electric propulsion plane in the X-57.

There’s also the solar-powered Solar Impulse 2, which successfully circumnavigated the globe at average speeds of 47mph. Even Airbus has already revealed a two-seat electric plane that travels at speeds of 136mph.

In truth, the idea of using electric motors has been around since the World War II, when B-29 bombers used this technology to power the planes’ gun turrets. For now, a more concerted effort is needed to get greener and completely embrace electric aircraft. But their reign is imminent; not only a greener but a quieter way to fly should arrive sooner than projected, adds Scott Beale. 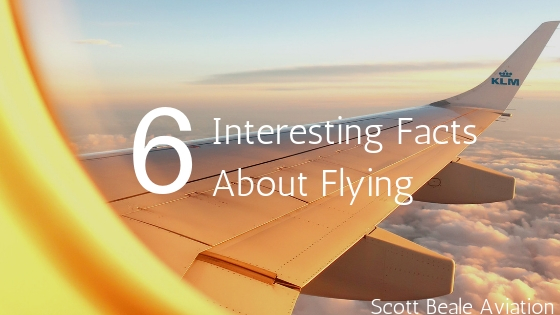 Nearly 4 billion passengers boarded planes across all global airlines in 2017, and that number shows signs of increasing as the years continue to progress. Despite so many passengers frequently flying across various airlines, there are many things individuals don’t know about flying. Here are six interesting facts about flying that explain why passengers experience dry eyes, mood swings, and more while traveling on planes.

Taste is Reduced During Flights

While airplane food may appear inherently unappetizing, it’s mostly rendered unappealing due to altitude. When it comes to traveling via airplanes, cabin pressure can reduce taste by as much as 30 percent. With about a third of taste buds numbed, it’s no surprise food eaten on airplanes tastes bland. Interestingly, altitude also tends to enhance savory flavors, making tomato juice so much more appealing.

Cabin Air is as Dry as a Desert

Humidity in a home is, on average, over 30 percent. A plane’s pressurized cabin keeps humidity low, typically less than 20 percent, which is about the average humidity of the Sahara Desert. While low humidity doesn’t present any health risks, passengers are advised to wear eyeglasses to prevent dry contact lenses and discomfort, use moisturizing lotions, and limit consumption of alcohol and caffeine on long flights to avoid internal dehydration.

Turbulence Typically Drops a Plane Only a Few Feet

While turbulence may be jarring to passengers, traditional, run-of-the-mill turbulence typically only drops a few feet in altitude. Moderate turbulence can drop a plane between 10 and 20 feet, whereas severe turbulence has the potential to move a plane 100 feet.

During a Crash, the Tail is the Safest Place

When it comes to choosing seats, the last seats prove the safest. While plane crashes are rare, according to a Popular Mechanics study, passengers who sit near the tail of a plane are about 40 percent more likely to survive a crash than those seated in the first few rows of the plane.

Planes Can Still Operate With Only One Engine

While failed engines are unsettling, commercial jets are actually able to fly with only one operable engine. They are also able to land safely without any engine power.

Traveling By Plane Can Influence Moods

Many passengers admit to feeling emotional when traveling by plane. According to a 1988 study, decreased oxygen and mild hypoxia caused by altitude influences moods. This can cause individuals to experience depressive episodes, become irritable, anxious, and apathetic.

Scott Beale has been working in the aviation industry for more than two decades, successfully growing founded and acquired businesses. For similar reads, visit this blog.

First developed a few decades ago, the Blended Wing Body or BWB is a hybrid aircraft design that makes a plane look like a manta ray. The design was then strictly used for military applications, but NASA and its affiliates are now keen on further studying its potential for use in commercial flight.

The BWB concept is seen to offer certain advantages over conventional tube and wing airframes. Firstly, it combines high-lift wing with an airfoil-shaped body. This would allow aircraft to generate more lift while minimizing drag. The shape likewise offers significantly decreased fuel consumption even with a bigger cargo or passenger capacity in the middle of the aircraft’s body.

During the 1940s, the original BWB concept was used in the B-2 Bomber and the YB-49 military planes. These aircrafts had lighter and stronger metal frames and control surfaces on the trailing edge, following the same design principle as the current BWB which does away with the conventional tail assembly.

NASA believes that BWB can be used in large commercial planes. The configuration of the plane is efficient and would eat up 20 percent less fuel than most modern planes. Though BWB planes will have a slightly wider wingspan than a Boeing 747, they can operate in most airports in the U.S. These new planes are likewise seen to cost less to operate, weigh less, and generate less emissions and noise.

Scott Beale has been working in the aviation industry for more than two decades, successfully growing businesses, both which he acquired and founded. Through the years, he has developed competencies in account development and acquisitions, strategic and tactical planning, operational execution, and contract negotiations among others. For similar reads, visit this blog.

While most people can only board passenger aircraft, only elite pilots can commandeer fighter jets. These technological marvels fly in supersonic speeds and are armed for combat, ready for battle at a moment’s notice. And since the fighter jet has broken the sound barrier, advancements have continued to make them better. Here are some of the top fighter jets in the world.

Currently the best fighter jet in the world, the Lockheed Martin Boeing F-22 Raptor is the most powerful and most expensive fighter jet ever to be produced. When it flies, it is almost invisible to most radars. And while information regarding most of its avionics and sensors are strictly classified, what is known is that its latest versions can perform multiple roles in combat. It can fight in the air, as well as engage targets on the ground.

Another Lockheed Martin makes it to the list, this time it’s the F-35, also known as the Lightning II. This aircraft was developed under the Joint Strike Fighter program that aimed to replace existing jet aircraft with a common fighter type aircraft. Unlike the F-22 Raptor, the F-35 has a smaller build and only has one engine instead of two. Similarly, it also has advanced stealth technology which makes it harder to detect.

The third most advanced jet comes from Russia, the Sukhoi Su-57. It is considered to be Russia’s answer to the F-22. Like the Raptor, the Su-57 can also engage surface targets.

Scott Beale has been working in the aviation industry for more than 20 years, successfully growing businesses, both which he acquired and founded. For more updates on the aviation and aerospace defense industries, visit this blog. 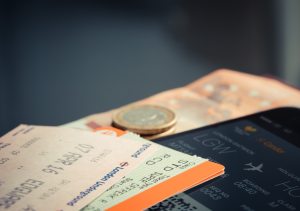 Anyone who has ever taken a flight, international or domestic, knows that the number on your ticket is the key to everything. It tells you where to go, it helps you find your flight on the departures and arrivals board, and it is one of the main ways that you keep track of yourself and your luggage at the airport.

But have you ever wondered what that string of numbers and letters really mean, and what else they can do for you? Let’s take a look and find out.

The Significance of the Letters

END_OF_DOCUMENT_TOKEN_TO_BE_REPLACED

Visions of a war fought with robotic soldiers and unmanned aerial vehicles (UAVs), or a drone, has been for decades, deemed the fodder for science fiction lore. However, the military capabilities of drone aircraft have taken aviation warfare into a new Sci-Fi age. Does this mean the next great fighter ace will be a drone? Not necessarily.

The landscape of ground warfare changes slowly. However, the environment surrounding air assaults can be altered in an instant. There is an inherent delay in communications, if ever so slight, between ground control and a drone. With reaction time being so vital real time success in air combat, humans are still critical to the success of these missions.

END_OF_DOCUMENT_TOKEN_TO_BE_REPLACED

My Tweets
Scott Beale Aviation
Create a free website or blog at WordPress.com.